A Bloc Group is a container that can contain more than one Bloc. When a Bloc is nested within a group container, its width is calculated and shared evenly with any other Blocs located within the same group, but only on the Large breakpoint. For example, if a Bloc container contains 2 Blocs, each Bloc will occupy 50% of the screen width when viewed at the Large breakpoint and 100% at all lower breakpoints. 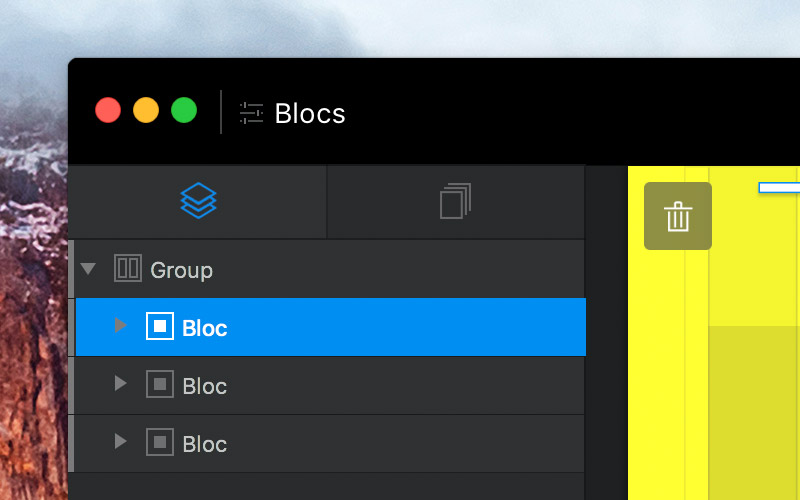 The Blocs nested within a group are not connected in any way, this means they can all have independent Bloc settings (with the exception of Bloc padding which is synced). For example, it’s possible to have three different video backgrounds across the width of the screen using a Bloc group with three Blocs inside.

Bloc group containers can be added using one of the special pre-defined Bloc structures found within the Bloc bar. 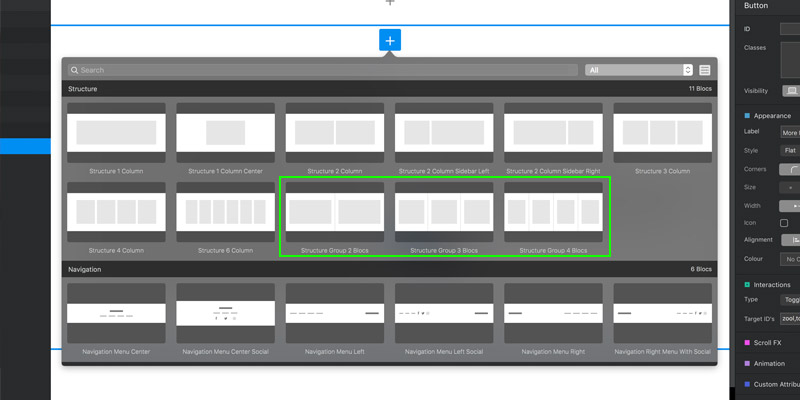 Adding Blocs to a group

To add a Bloc to a group, simply drag the Bloc into the group using the layer tree.

Removing Blocs from a group

To remove a Bloc from a group, simply drag the Bloc out the group using the layer tree.

When a Bloc group only contains 1 Bloc, the group container is removed and the Blocs simply becomes a standard singular Bloc.

Was this article helpful?